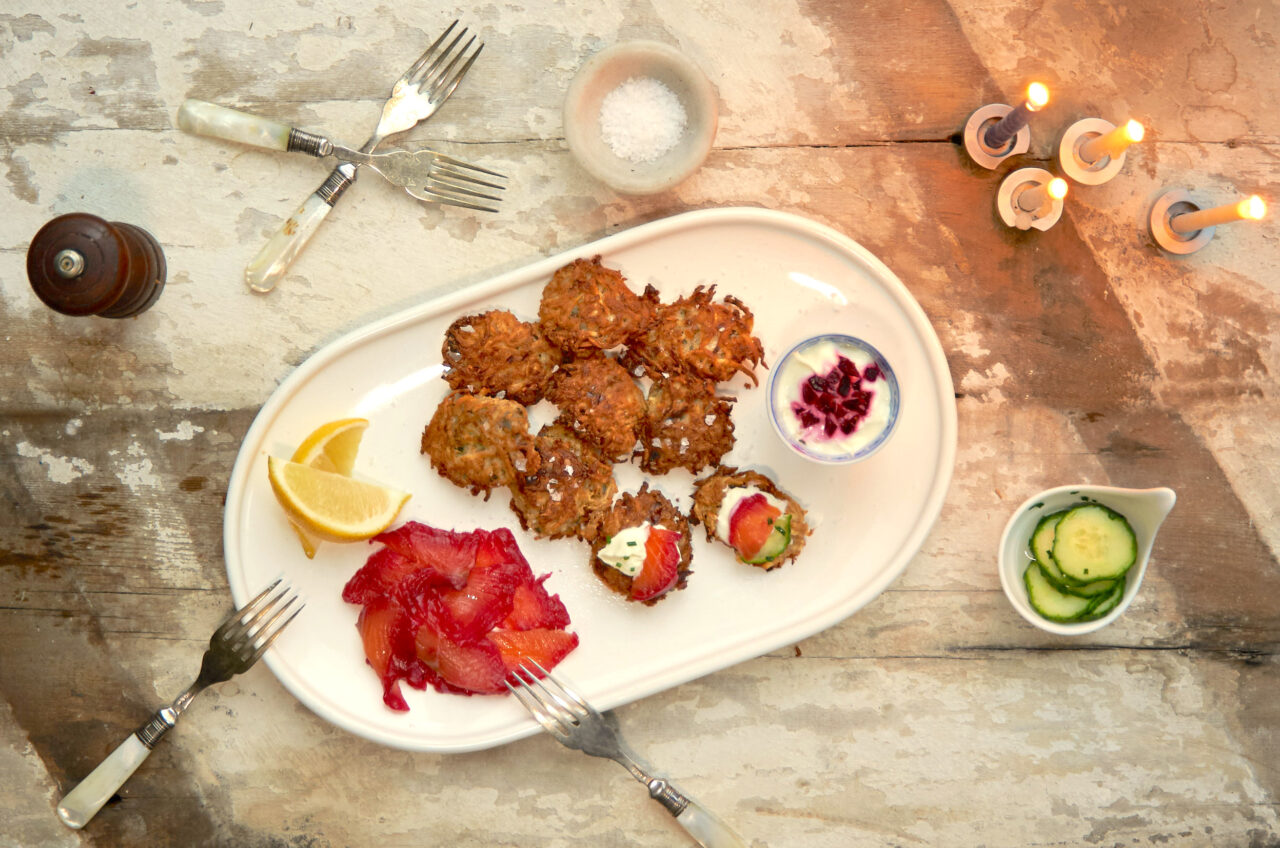 A healthier latke that’s easy to make and packed with antioxidants, minerals and vitamin K for a healthy brain and bones, and with almost half the calories and carbs of traditional potato latkes. Best of all, it’s just as delicious as the “real” thing!

Peel the onion and cut into chunks. Using a food processor, process for 15 seconds until finely chopped, or grate by hand on a box grater. Leave the onion in the work bowl and replace the chopping blade with the medium or coarse grating disc.

Cut the knobbly part off the base of the celeriac and discard. With your largest, sharpest kitchen knife, cut the celeriac into quarters then remove the skin with a vegetable peeler. Cut the flesh into rough chunks small enough to fit down the feed tube of your food processor, then grate using the “pusher” to force them into the tube (keep any lumps that won’t grate properly for making soup).

Transfer the onion and celeriac to a measuring jug – you need about 600 ml (use any excess for soup or coleslaw.)

Mix the flour, baking powder, salt and pepper in a medium mixing bowl then add the eggs and whisk to a thick smooth batter. Add the veggies and mix well with a fork. If you don’t want to cook the latkes right away, the mixture can now be kept for several hours in the fridge.

Preheat the oven to 180C/Gas 4. Place a roasting or grill rack on a baking tray to drain the cooked latkes and keep them hot and crisp in the oven until serving.

Add enough olive oil to cover the base of a 23cm frying pan (about 3 tbsp) and place on a medium-high heat until hot enough for a teaspoon of the latke mixture to sizzle when added.

Add tablespoons of the mixture to the pan, leaving space between them – don’t overcrowd the pan or the latkes won’t brown properly (cook no more than 6-8 at a time). Reduce the heat slightly and cook for 3-4 minutes with the oil bubbling happily round them until golden brown on the underside – reduce the heat if they’re browning too quickly.

Turn the latkes over and cook the second side until golden then transfer to the roasting rack and place in the oven to keep hot and finishing cooking while you cook the rest.

Increase the heat on the stove, add a dash more oil if needed, and cook the second batch in the same way.

Serve hot as a pre-dinner nibble or starter with Beetroot-Cured Salmon, Quick Cucumber Pickles and Greek yoghurt topped with diced beetroot , or plain as a side dish.

A TAGINE OF CHICKEN WITH APRICOT, PINE NUTS & POMEGRANATE 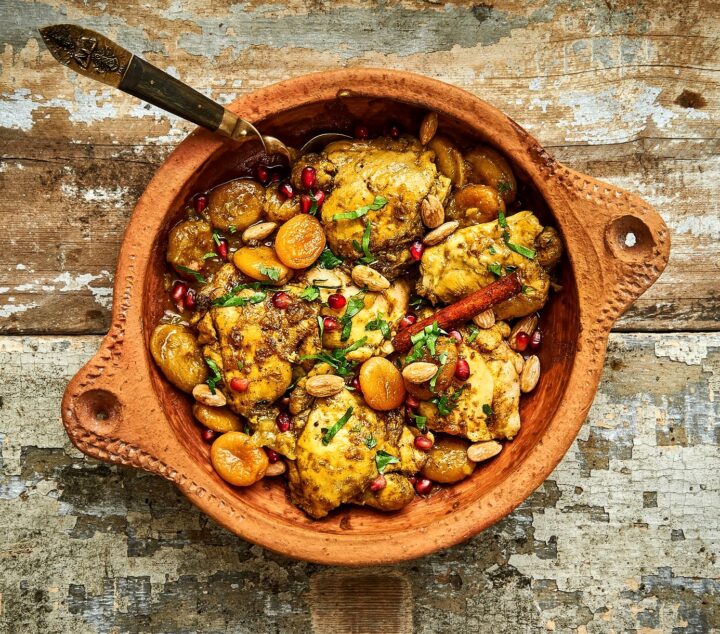 A TAGINE OF CHICKEN WITH APRICOT, PINE NUTS & POMEGRANATE 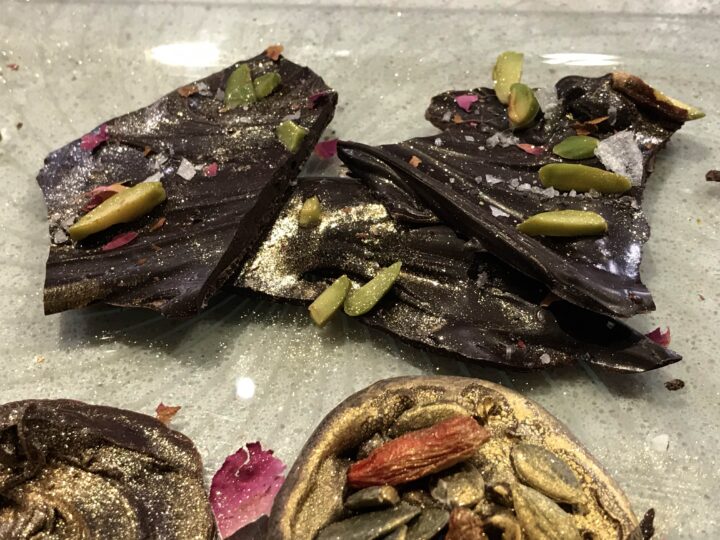 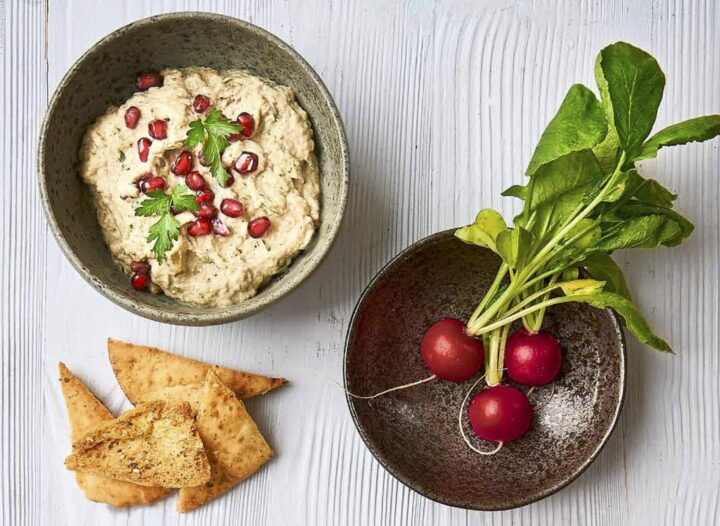